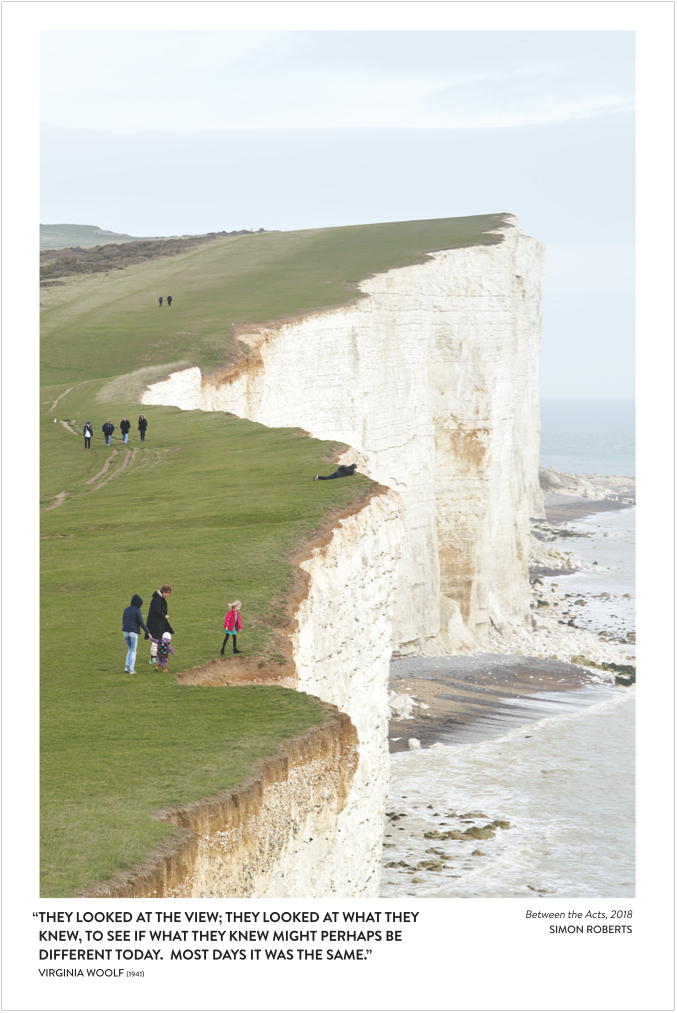 From dizzyingly vast social panoramas to achingly intense studies born, it would seem, of a discrete and privileged access to families and small local gatherings photographer Simon Roberts celebrates the ebb and flow of group activity by which our society seems to breathe.

Social anthropologist Tim Ingold observed that ‘A place owes its character to the experiences it affords to those who spend time there – to the sights, sounds and indeed smells that constitute its specific ambience. And these, in turn, depend on the kinds of activities in which its inhabitants engage.’

In Between the Acts, 2018 for flyingleaps Simon Roberts’ has produced a vertigo inducing image of a land and its people at a crucial moment in the UK’s history. The posture of those approaching the cliff edge speaks volumes, not just about them as individuals but the tense, tetchy state of a nation on the brink.

Robert’s studied human geography prior to becoming a photographer and a more or less obvious but always deep concern with the state and fate of people appearing in his work is evident.