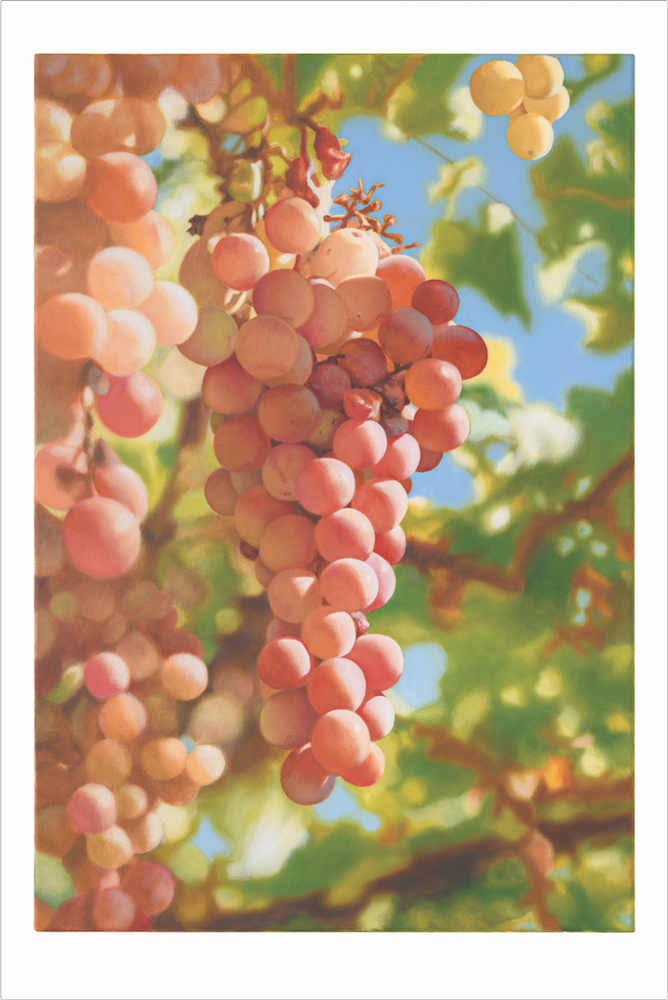 Mustafa Hulusi has released another of his sublime artworks. Cyprus Realism (Grape 6) (2019) began life as a stunningly luminous photograph of a pendulous bunch of ripe, sunlit grapes. Here its reproduction as a painting might at first strike viewers as an Edenic gesture, a diversion from the harsh realities of an occupied territory.

It may be also be read as mischievous in its unabashed celebration of an eighteenth-century mode of representation – Watteau, Chardin, Fragonard – but it’s not a cynical gesture. Far from it. Hulusi seeks rather to reconnect us with the wonder of nature beyond or before language. Warmth, sunlight, bounty all experienced as a burst of promise, so close at hand and yet – in ‘Ceci N’est Pas A Bunch Of Grapes’ fashion – ungraspable.

The work seems to beg the question, are we are letting this gift – symbol of charity, abundance and altruism – rot on the vine? The short answer is, ‘Yes’. Further to the vagaries of warring factions, human activity poses an even more devastating threat. The climate crisis has caused extreme weather phenomena, summer temperatures are rapidly increasing, soil fertility is kaput to the extent that wine production may be decimated in coming years. At the moment, Hulusi’s work might remind us to celebrate, to cherish earth’s cornucopia. Before long, however, it may prove to be a relic of an age forever lost.