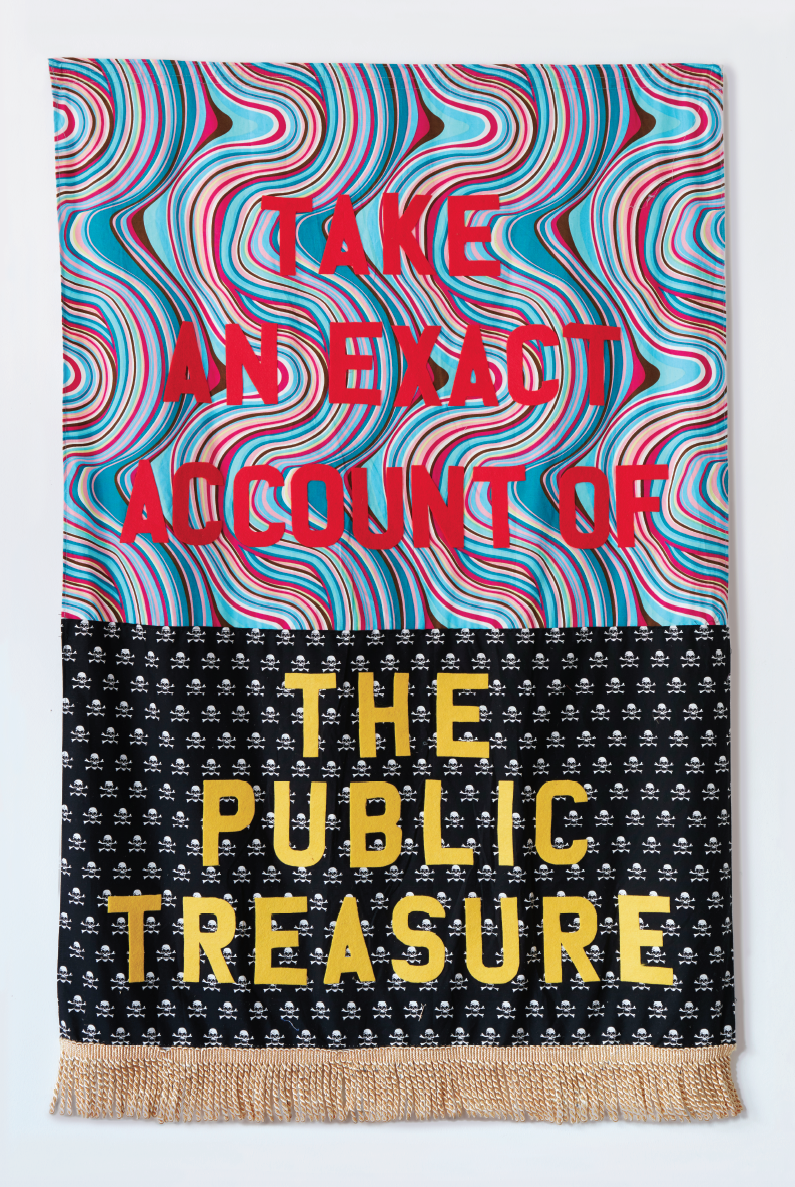 Laudet is an artist and educator whose practice examines the material and social fabric that constitutes the ‘commons’: those ideas and resources that affect the whole of a community. Against a backdrop of rising right-wing populism, racism, xenophobia and post-crash poverty – phenomena propelling ever widening division – Laudet’s work highlights positive human qualities such as creativity, critical thinking, cooperation, collaboration and repair.

In various ways Laudet’s choice of media subtly amplify themes she’s exploring. Her Small Acts of Repair (2015) enact the inventiveness, perseverance and imagination attendant on principled resistance to consumerism. Silhouette drawings of council estate plans using salt suggest the precarity of social housing while those made using gold leaf remind us what a valuable asset ‘decent homes for all’ is to society. Her textile series Reclaim the Public Treasure (2018) comprised twelve bold, ‘cheap ‘n’ cheerful’ pattern prints overlaid with affective texts in appliquéd lettering that bring to mind union banners: those strong visual standards synonymous with gathering together and the promotion of collective action against injustice.

Public Treasure (2019), Laudet’s work for flyingleaps, re-presents one of her banners as a street poster. It’s informed by 1647 calls to action as part of what became known as the revolutionary Putney Debates. It’s also a work that begs the question ‘What do the Public Treasure’? At the same time it’s an exhortation to value not just material resources but also the skills, qualities and kindnesses of our fellow humans. Without which we’re truly lost.