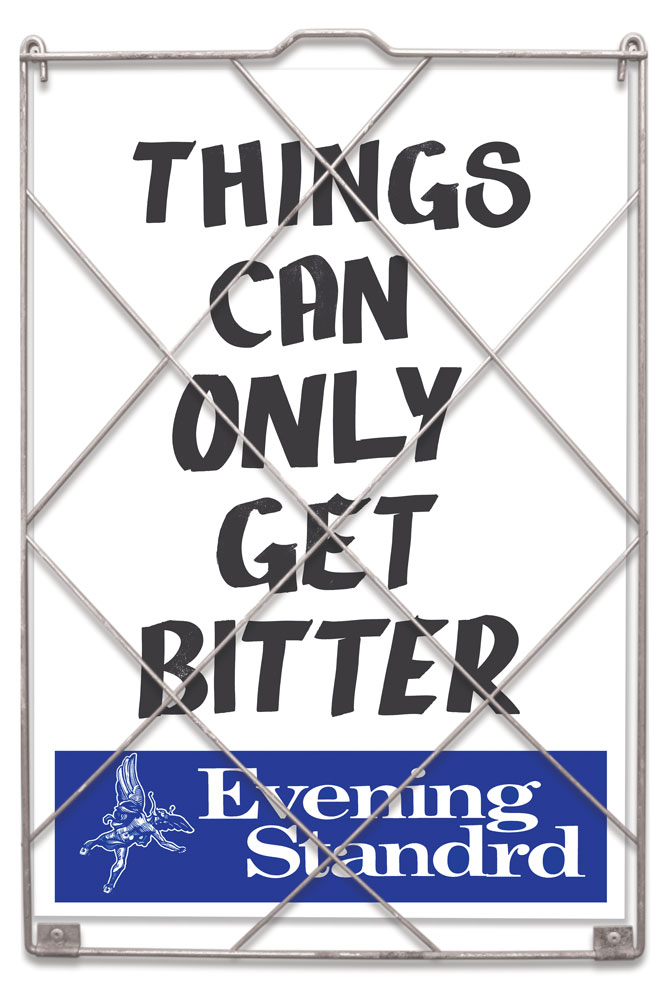 A mordant wit invariably attaches to Dr.D’s visual critiques. He is, in fact, one of the least bitter persons on the planet but that doesn’t mean the shit storm that currently passes for UK politics can escape his beady eye and laser like social conscience. Whether it be his current project highlighting the cultural desert that it is the London Borough of Hillingdon or Bitter (2019), a more lighthearted attack on the systemic and ideological gridlock that’s stymied the Remain/Lexit/Brexit/Far-Right-Fuck-The-Lot-Of-You-With-Both-Barrels-In-The-Foot debate, this tireless agitator for change is always rooting for the underdog. At the core of every Dr.D intervention is a righteous indignation that would see a fairer, more equitable distribution of wealth and opportunity, a society that genuinely promotes and cares for as opposed to patronising and exploiting its citizens.